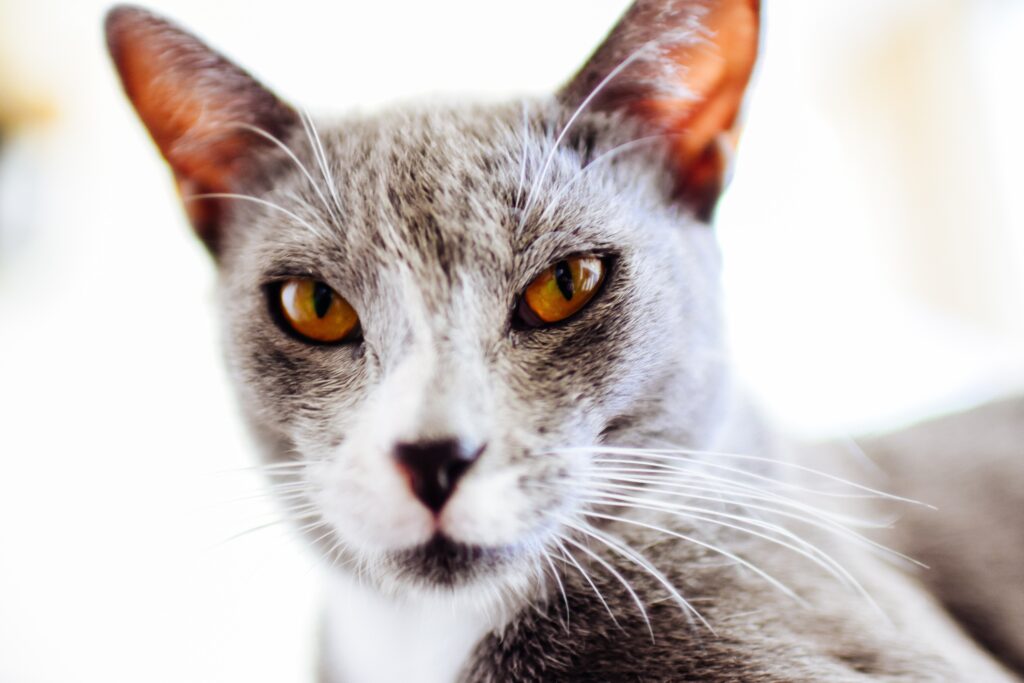 We’ve been invaded by space aliens.

It happened a long time ago, before we knew there was such a thing as space aliens. Well, maybe we knew of them but thought they were gods.

You may have one or more living in your house right this minute.
Yes, I’m talking about cats. You didn’t know they were alien life forms?
Their paranormal abilities didn’t tip you off?

I kid you not.
Let me give you a couple of examples.
Example 1: My cat, Hunter, loves to cuddle beside me when I sleep. (My husband does too, and maybe he’s also a space alien, but that’s a story for another time.) Hunter wanders around the house doing cat things, sleeping whenever the mood strikes, which is pretty much all the time, but he spends a lot of time in the basement.

That doesn’t prevent him from knowing what’s going on upstairs.
If I decide to take a nap on the couch, no matter how silent I am, in twenty seconds Hunter jumps up and curls up beside me. He reads my mind .

Example 2: A few days ago, something ailed Hunter. He wasn’t himself. I won’t bother you with the details. I called the vet and arranged to bring him in the next day. Hunter was not in the room when I did this, so he didn’t hear me. (And before you ask, he understands what we say.)

The next day Hunter was back to his old self, more or less. Nevertheless, we decided to keep the appointment since Hunter hadn’t been to the vet for nine years. (I’m a lousy mom, but he has always been healthy, and he’s strictly an indoor cat, so I didn’t think he’d be exposed to any diseases.)

Early morning he was just fine, following his normal routine. About twenty minutes before we had to leave for the vet, he got panicky and streaked for the basement to hide. Jim had already closed the door and was coming up the stairs, cutting off his escape in that direction. For the next five minutes, he dashed hither and yon until we finally caught him and got him into his carrier. He knew we had devious plans.

Now, this could be an example of the next paranormal ability. It’s hard to tell them apart sometimes.

It works both ways, as sender and receiver, but Hunter is particularly strong as a sender.

He steals into the room behind us, silently. But we know he’s there and we know what he wants, because he thinks at high volume. Both of us can pick up his thought waves.

He may want to cuddle, he may want a treat, he may just want to say his tummy’s upset. Whatever it is, we know it. And if we ignore him, we hear his unvoiced disapproval as though he were shouting.

What’s more, he takes for granted that we are receiving him. This is never more evident than when he’s outside on the deck and wants to come in. (It’s a second story deck, so he can’t go anywhere.) If we don’t hear his wishes in our minds or don’t respond to them, he jumps on the windowsill and claws at the window. Can you hear me now?

Vehicles drive past our house all the time. Sometimes they park on the street and the occupants go to a neighbor’s house. Hunter’s used to that. But if someone heads to our house, before they can approach our yard, let alone ring the doorbell, Hunter is on high alert. He streaks for the basement, arriving there before our visitor arrives at the door.

It’s a different story when Jim comes home. While he’s still a block away, Hunter knows it’s him. Instead of hiding, he runs to meet him at the door, complaining about the terrible day he’s had. He always tells Jim I haven’t fed him or given him any treats, even if his dish is full of them. The funny thing is, when Jim sympathizes with him, Hunter continues to grumble but his tone of voice changes. He’s saying, “About time someone took care of me.”

I don’t think I need to belabor this point. You’ve seen them do it, and many photos exist showing them mid transformation. They can go from what is essentially a furry blob to something that is all angles and peaks. They can sprout claws and teeth like daggers in less than a second. And their eyes change colour. I think they forget what disguise they were wearing earlier.

If you haven’t experienced this, you can perform your own experiment. Walk into your local SPCA and stand in front of the cat cages. Other people will be there, and the cats will bend them to their will. The cats will demand petting and the people will pet them. Warning: cats will blast you with hypersonic waves of “Take me home! Take me home!”

The cats will object if the people walk away, and the people will come back. No matter the cats’ colour, sex, size or physical condition, people will repeat the phrase implanted in their minds: “Aw, isn’t he cute?”

Before you perform this experiment, be sure to purchase cat litter, toys, treats, and regular cat food. Unless you have superhuman resistance, you will take one (or more) of them home.

So, given they are ETs, what are they here for?
There are two possibilities: enslavement and espionage. Probably both.

Many of them have taken up residence in people’s homes. From that position of strength, they manipulate their slaves owners to pamper them and cater to their every whim. I believe this is the experimental stage, the prelude to complete domination of humanity.

Others lurk in vacant lots and wild spaces, watching from afar.
At night, or when they’re outside, thinking no one can see them, they slink from hiding spot to hiding spot. They skulk and lurk, gathering info on our comings and goings. Periodically, they get together and communicate in high-pitched yowls. Being telepaths, they have undoubtedly developed defenses against telepathy and thus must vocalize to communicate amongst themselves.

Cats are not the only alien species among us. Dogs are aliens too, from a different civilization. Sometimes the two species collaborate, but more often they fight. Neither wants the other to be the one to achieve complete dominion over humanity.

The battle goes on; the battlefields are homes and vacant lots all over the world.