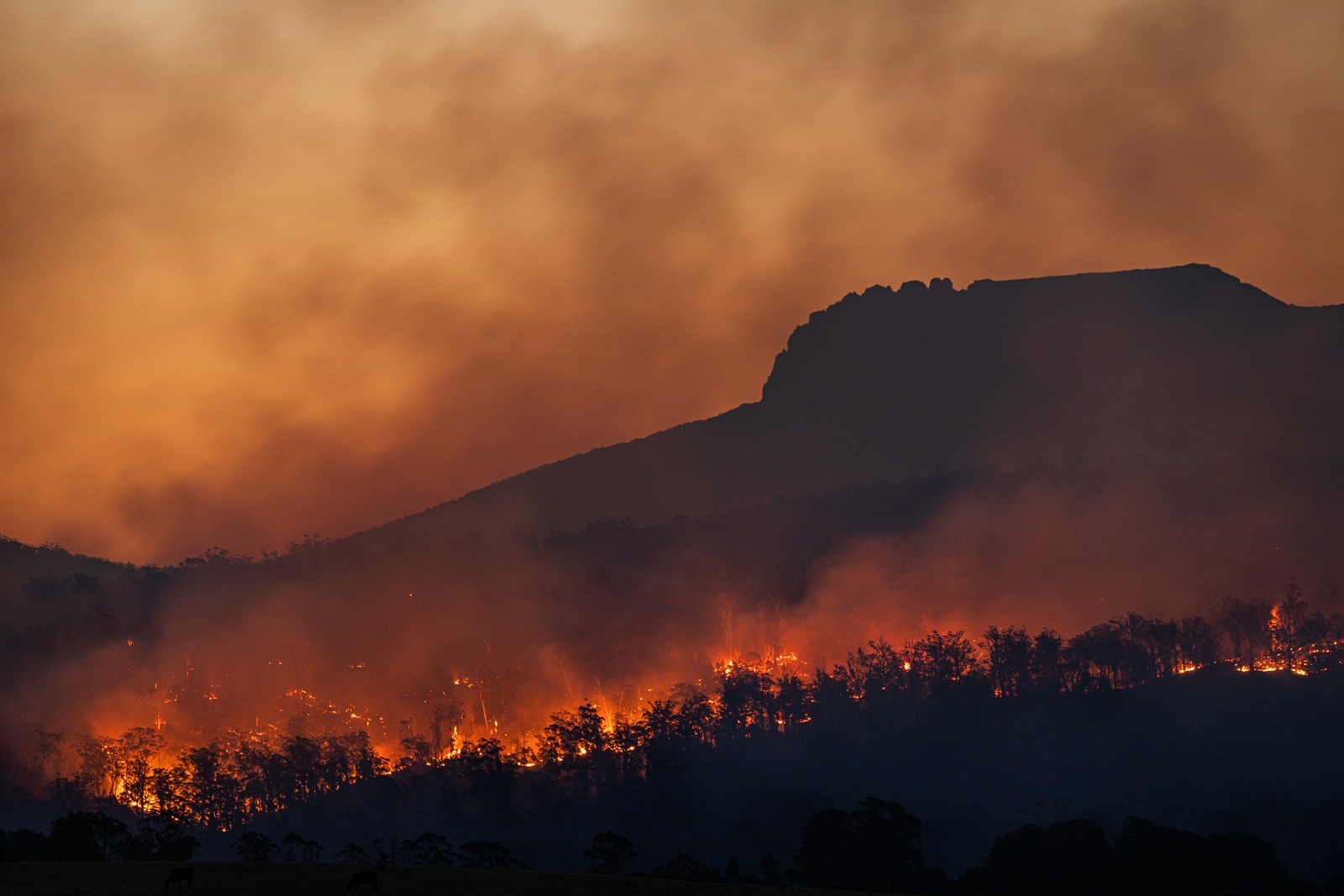 Are we heading for another mass extinction event?

This week I watched a wonderful BBC documentary narrated by David Attenborough, the British naturalist. It had to do with global warming and how, if it continues at the current speed, it will result in another mass extinction event.

As background, there have been many of these in the past, possibly as many as 25. The causes vary. One that he mentioned in the program was the eruption of a volcano (I forget which one) which threw so much CO2 into the air that the average global temperature rose ten degrees. Our current contribution to the CO2 level in the atmosphere exceeds that of the volcano that caused a mass extinction event.

Ten degrees doesn’t sound like much. If you are suddenly exposed to an additional ten degrees of heat, you wouldn’t be terribly uncomfortable if you took off a layer of clothing. But consider a day in February in the northern hemisphere when there is a ten degree rise in temperature. The snow starts to melt. In Africa, more land turns into desert.

That’s what’s happening in the Arctic right now, putting extreme pressure on the wildlife such as polar bears. They are starving to death because the sea ice they hunt from is disappearing too early in the year. As a result, they scrounge around human habitation for something to eat. Some get shot, some get relocated to starve slowly. It’s heart-breaking.

We’re burning off the Amazon rain forest at an incredible rate, to make cattle ranches and plantations. This is a double-whammy. Burning the trees raises the CO2 level in the atmosphere. At the same time, those trees are no longer available to clean the CO2 from it.
It’s easy to sit back and say, “It’s not me doing it. I’m not responsible.” Yes, you are, and I am, and virtually every person on the planet is, to some degree. There are steps you can take to help avert the disaster. This is the perfect illustration of the expression “Think globally. Act locally.” I’ll say more on this later.

In this same program, Attenborough gave two specific examples of pro-active approach. One had to do with people in South America gathering seeds of the most important rainforest tree species and scattering them in devastated areas to regenerate the forest. Another had to do with creating a huge new swathe of drought-resistant trees near the southern edge of the Sahara in Africa.

These are local people acting locally. They are already seeing some benefits to themselves, but their actions will ultimately have an enormous impact on all of us.

Meanwhile, here in North America, we still clear woodlands to make room for monster houses. We impose monoculture on our yards, despite Mother Nature’s efforts to diversify. Is it any wonder we’re losing our wildlife?

The Covid pandemic and our efforts to contain it are at least having one beneficial effect. Confined to our homes, we aren’t driving as much. As a result, the air is noticeably cleaner, as reported by a local TV station. In less than a year, we have made some improvement. Not nearly enough, but some.

To effect real change, though, we need a massive shift in viewpoint. It’s all very well to say government should fix the problem, or to blame pollution on industry, but the driving force is, and must be, you and me.

Since WWII, at least, consumerism has been the byword of our culture. We are manipulated and brain-washed to believe we need more of everything, and the latest version, too. Commerce is our god, and he demands the sacrifice of our planet and ultimately ourselves. It is almost treason to suggest we quit buying so much stuff. What hogwash!

Our physical needs aren’t great. They boil down to shelter and food, the same as any species. We have other needs, of course. But for now, let’s look at how we satisfy those two and how changing our (local) viewpoint can make a global difference.

We need shelter. Our forefathers raised bigger families in smaller houses. We don’t need 4,000 square feet per person. That would have housed ten people a couple hundred years ago. One of the reasons we want bigger houses now is to have a place for all the other stuff we don’t need. Every “thing” we own not only takes up space, it consumes resources and fossil fuels to produce and transport it.

Shelter includes protection from the elements. That means clothing. We need some. We don’t need as much as most of us have. You can only wear one shirt at a time, for example. Let’s say you feel you need to change it every day (arguable) and only do laundry once a week. The most you would need is seven. This might be a mix of dress shirts and casual shirts. Possibly a few more to adapt to seasonal changes.

Most people have items in their closets they haven’t worn in a dog’s age. They obviously don’t need them. Yet they buy more. Why? It might be a worthwhile exercise to track for a few weeks what you wear and why. Then look at what you didn’t wear and why. Ignoring seasonal variation, what do you have that you don’t need?

We need food. Most of us could probably grow a little in our backyards, reducing the burden on our planet in more ways than one, but many can’t or won’t. We still have a choice about what we eat, where it comes from, and how it’s produced. Do we think about that when we’re shopping for groceries?

We should buy as locally as possible. Here in Canada, we can’t grow avocados or bananas, for example. Both of them are excellent foods, nutritious and delicious. We could live without them, of course. But if we choose not to, we can still purchase those that don’t have to be transported as far. Grown in Mexico rather than Chile, for example. It is very frustrating to find the stores full of strawberries from the U.S., when they are in season here and I could go less than a kilometer down the road to buy them fresher than the U.S. strawberries could ever be. The same is true of other produce.

I have just touched on a few basic needs. There are others, such as the need to communicate, the need for entertainment, the need for education. But we should critically examine how we fill these, as well.

I’m not suggesting anyone give up all life’s amenities and go back to living in a cave. I’m merely suggesting we should think carefully about the choices we are making, and the impact they will have on our future. Or we might not have one.