The Evolution and Devolution of Language 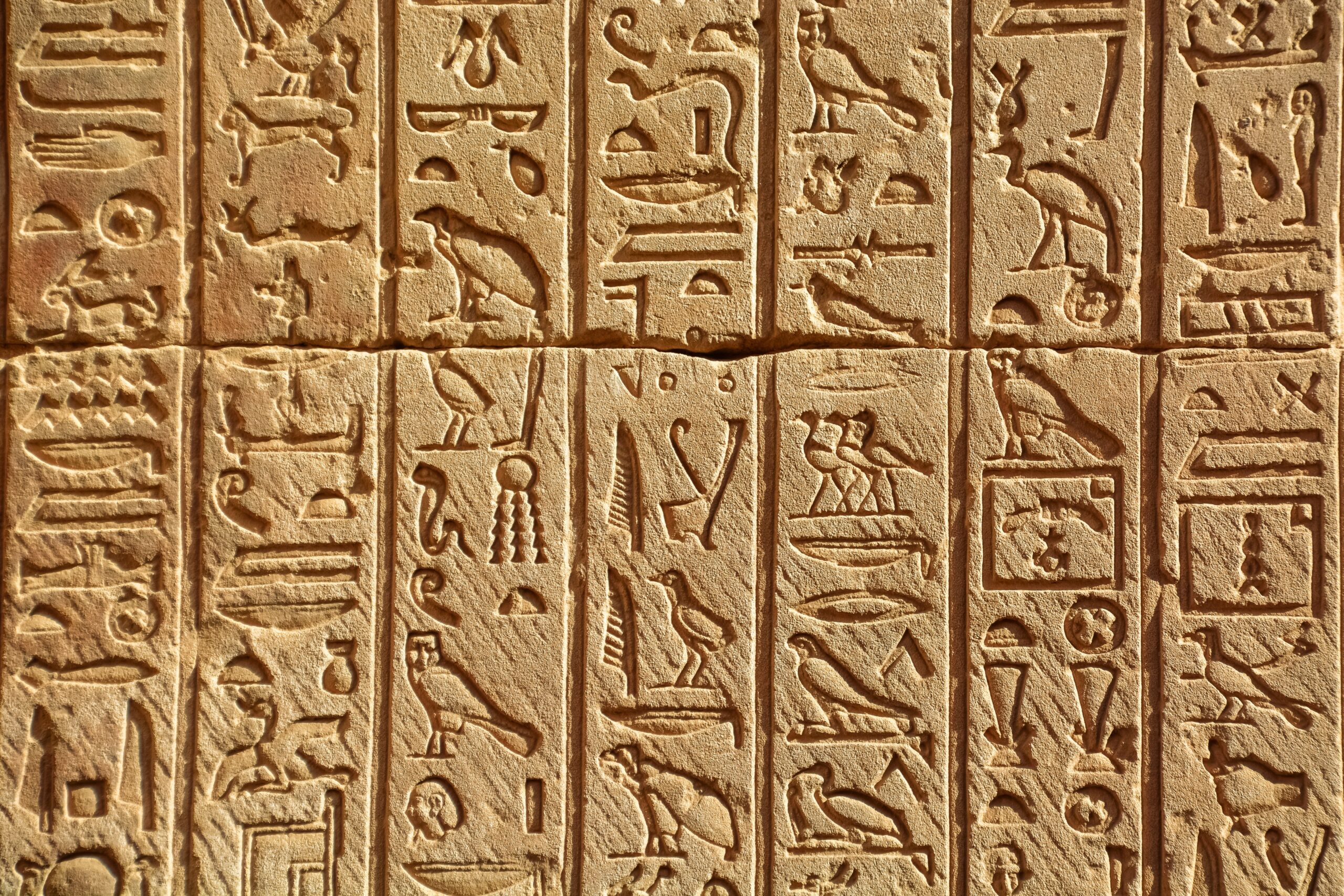 Language is a wonderful tool, one that sets man apart from all other animals. It allows us to communicate complex ideas, ideas that gestures alone can’t. When ancient man learned to speak, he set out on the road to knowledge we still travel today.

We don’t know exactly how we acquired speech. It could have started with a small local group and expanded from there. If the babbling sounds babies make are genetically hard-wired in, that could serve as a beginning. Baby says “ma-ma-ma” and the person closest to him, his mother, assigns a meaning to it and reinforces that meaning. Even in the earliest languages we know of, this sound appears in words for “mother”.

However people started speaking, language had a huge drawback. You couldn’t communicate with someone unless you were within earshot. The chances of communicating with a lot of people at once were minimal.

The next stop on the language road was pictographs. Originally they may have been charms or prayers, to invoke a good hunt, for example. Anyone can recognize a picture of a deer or a horse. But some pictographs lent themselves to extended meanings. An arrow could indicate an arrow or the flight path of an arrow, hence direction, and be easier to inscribe on rock than a pointing finger.

Over time, pictographs evolved to represent not the thing they depicted, but the sound of its name, or the first syllable or letter in its name. We see this occurring in Egyptian glyphs.

Finally, a stylized pictograph came to represent a single sound. Then an even simpler form took its place, one that was quick and easy to scratch into wet clay or on a bit of hide, and writing was born. This is possibly the greatest achievement man has ever made, because it made possible everything that came after. Now knowledge could be preserved forever, or at least until the medium it was on was destroyed. And as long as the language it used was understood. Languages change and evolve, too. But some of us, at least, can still read ancient Greek and Latin writings, and are even learning to read Sumerian, the most ancient language we know of.

Latin, the language of ancient Rome, was phonetic, spelled like it sounded. For instance, their word for immortal, immortalus, came from the prefix “in”, meaning “not” and the word for mortal, “mortalus”. If you try saying “in-mortalus”, you’ll have a natural tendency to slur the n into the m. The Romans were nothing if not practical. If you’re going to pronounce it that way, you might as well spell it that way. So they did.

The English language is a stew of Germanic, Latin, Greek and other roots. The British version stabilized in spelling somewhere around the 17th century. Around the same time, Europeans were colonizing the Americas. Spelling in the US also stabilized, but differently from the British. In Canada, we are linguistically torn between our British heritage and our American neighbours. Our spelling is still in flux. When I was in school, only the British form was considered correct. Now the American form is widely acceptable.

But we may be devolving away from any form of written language. Schoolchildren learn typing, not careful lettering, as we did. Computer programs check their spelling and grammar, so they don’t need to learn those, apparently. Reading, even on the internet, is becoming more and more listening, and soon writing of any kind may be replaced by listening. Audiobooks may be the fastest growing segment of the book market.

As for communicating with their peers, most of that happens via texting, where they use the simplest possible combination of letters needed to get the point across. R U coming? for example, though probably without the question mark, which involves a couple of extra finger touches on the keypad.

Even words are being replaced by pictorial symbols such as emojis. The thumb up “like” symbol can mean anything from “I agree” to “this is awesome”, or have no real meaning at all other than a general acknowledgement of having seen a post. Language is devolving in this way. Archaeologists of the future will have the same challenge translating a conversation between two teenagers today as egyptologists have translating the hieroglyphs on an ancient tomb.

It’s a worrying trend. People are graduating from high school and even college functionally illiterate. We rely on computers to hold our knowledge and communicate it to others. If we get to a point where we can listen to but not read it, speak it but not write it, what would we do in the event computers and the internet were no longer available?

Just since PCs became generally available and used, the technology has changed immensely. Stories I wrote in the nineties are lost because the media and software I used to write them are obsolete. At the time, I thought I was being forward-thinking, using a computer instead of paper. Yet shop records 3,500 years old exist because they were written on bits of clay.

If you’re ancient like me, you may remember the original movie version of H. G. Wells’ The Time Machine, which came out in the late fifties. In it, in the far future, humanity has entered a Dark Age, all knowledge apparently lost. The protagonist, who travelled forward in time, asks a man, “Don’t you have books?” The man takes him to a library, where the books crumbled into dust when he touched them. No one could read anymore. Some history had been recorded on a kind of ring which spoke when it was twirled. The newest technology at some point, but unused by the current populace.

Wells’ writings are prophetic in many ways, but this is one prophecy we can’t let come true. We’ve had enough Dark Ages. Do we want our descendants to have to claw their way out of another?

By all means, simplify spelling and grammar, but please, let’s make sure our children learn to read and write, even if they are adept at using computers. Call it a back-up system.