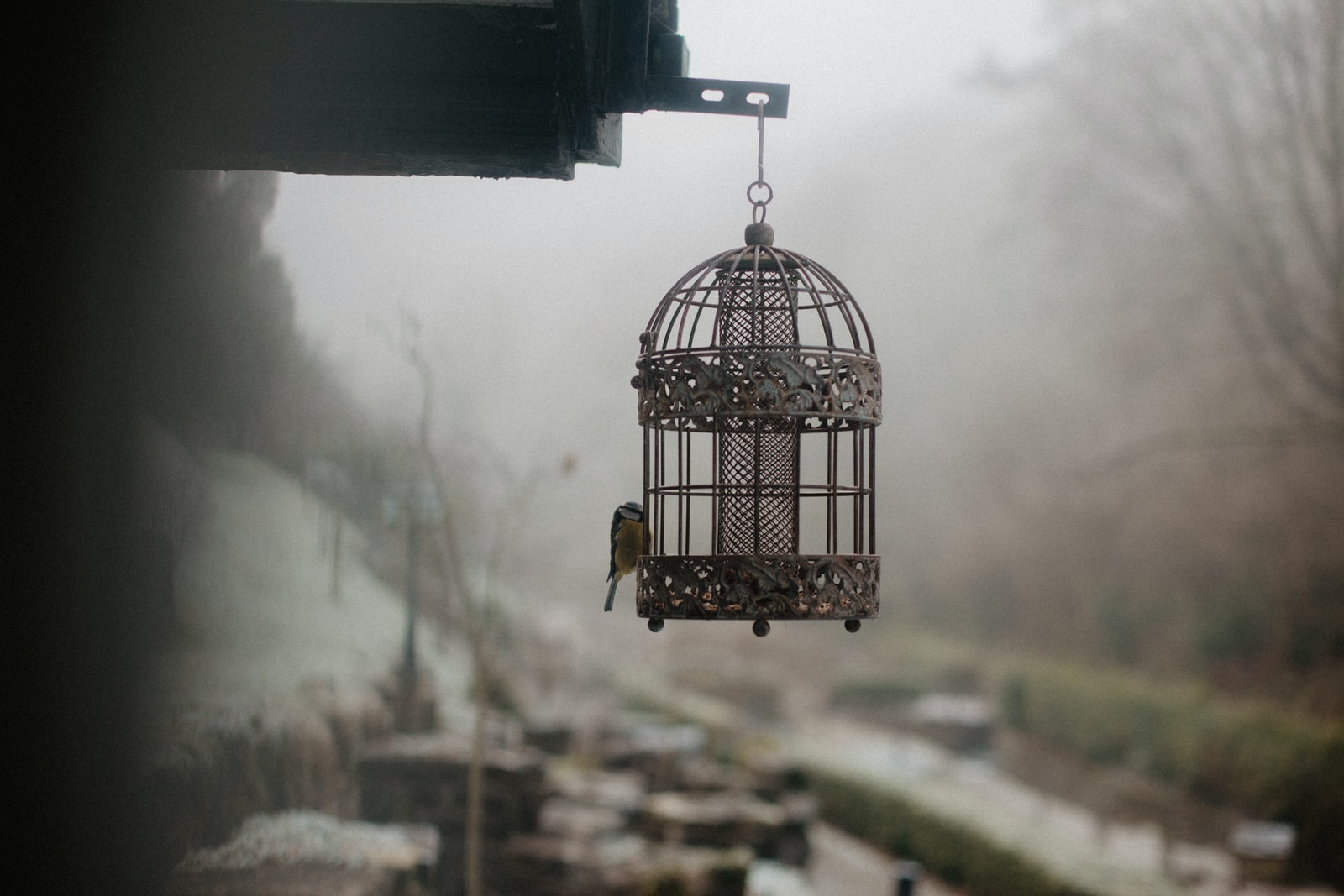 This series is branded as dystopian YA. It’s definitely dystopian. At first I thought its subject matter isn’t suitable for YA, but then I got the author’s point. We can’t protect our children by keeping them ignorant. We need to arm them by showing them what’s really out there.

The story takes place in the future, when prostitution is not only legal but highly profitable for the men and organizations who run it. The age of “consent” has been lowered so far it might as well not exist. Any attractive woman or child is at risk of being trapped into service at one of the “museums” where they are displayed as exhibits and used to satisfy any sexual fetish or aberration. An organization known as Sanctuary has the mission of rescuing them.

In Book 1, The Aviary, Serenity, is a beautiful 16-year-old who is abducted and auctioned off. Her purchaser, Luc, is the director of a museum called the Aviary, where each woman takes the persona of a specific bird, aided by implants, cosmetics and costumes. Serenity is to be Luc’s dream, the Swan.

I got this book as a freebie on Book Bub. The story is gripping, but dark and disturbing. I might not have read the rest of the series if I hadn’t read the author’s acknowledgements and bio.

This author, when she became aware of human trafficking for the sex trade, decided to do something about it. Her writing raises awareness and a portion of her sales go to aid anti-trafficking groups. She is also an active anti-trafficking campaigner and speaker. It’s a cause I can get behind, so I continued with the series.

Book 2 is The Garden. The garden is another museum, which Serenity enters with a plan that backfires.

Book 3 is The Temple. The temple is the pre-eminent museum, and again Serenity willingly goes in to further her goal, but again finds things don’t go according to plan.

Book 4 is Temple Twins. The threads of the first three books weave together and resolve here. The ending is a shocker. In fact, the entire book is a shocker.

There is a book 5, which I didn’t buy because for me, Temple Twins was the end of the saga. I was afraid I might find history repeating itself.

After reading the series, I went to the author’s website, www.emilybethshore.com. She referenced some of her blog articles in her back matter, so I wanted to read them. Indeed, most of her blog is about anti-trafficking and advice on educating girls not to be objects and boys not to be predators, about raising awareness of the entire issue and its roots in our cultural bias. Every blog post I read was thought-provoking.

The disturbing elements in Uncaged may be the inevitable development of the prevalent attitude that women’s only value is as sex objects. If you doubt this, mindfully watch commercials and pay attention to the subliminal messages. When was the last time you saw an average-looking woman in a cosmetics ad, for instance? Attitudes may be changing, but so slowly molasses could flow to the top of the Rockies in winter faster.

Most of us are either complacent about the status quo or blind to it. Books like these shock us awake. Read them, and read the author’s blog, too. I guarantee it will shake you up.