Where Magic Is Born 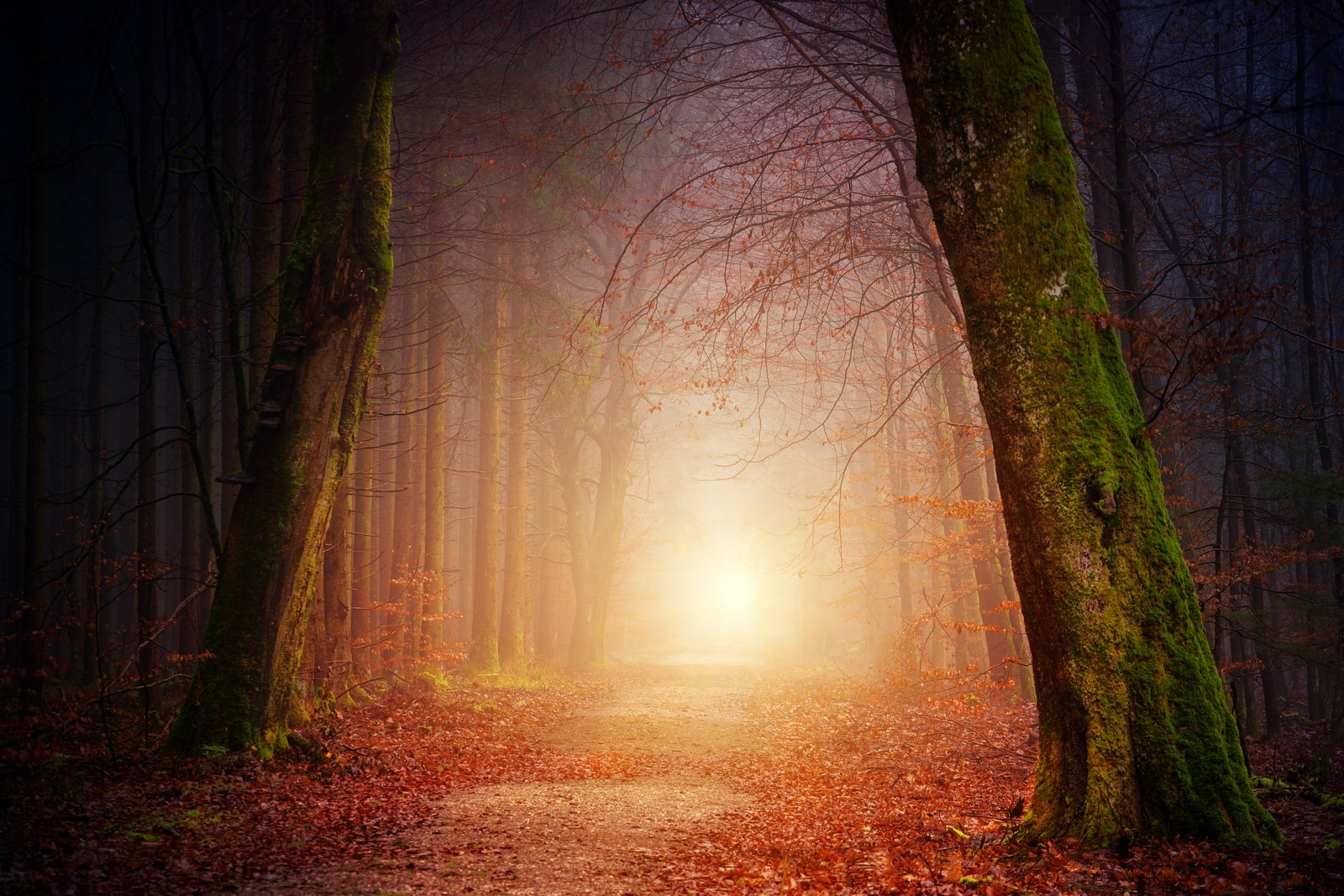 Magic is born in the wild places, where Mother Nature still wears her crown.

Magic is born in deep, silent woodlands shrouded in mystery. Far from the din of traffic, even footfalls are muffled by the thick carpet of pine needles over the deep humus. The silence might lead you to think you’re alone, but you know you’re not. You can feel the eyes on you. Of course, you know animals are hiding all around you. A bright eye peers from a tree cavity, a rustle in the undergrowth marks the passage of a mouse or squirrel. But you can’t help sensing the eyes you feel are those not of an animal but of some being from fairy tales.

Magic is born on rough, rugged coastlines, where the furious sea crashes against the rocks in a salty tantrum. But sometimes, when the sea is calm, it wraps itself gently against those rocks in a loving embrace, drawing back slowly, regretfully. The sea is alive. How could anyone witness its moods and not imagine a tempestuous god inhabiting it? A glimpse of its creatures gliding through the water on their errands could be mistaken for mermaids or sea serpents, especially in the moonlight.

Magic is born on mighty mountain peaks thrusting toward the sky. Isolated in their majesty, they are a fitting home for noble eagles — or gods. Even in summer, they refuse to surrender their snowy crowns. From an aerie on a mountain slope, you can see eternity spread out around you, feel the strength of Earth’s bones under you. It’s both humbling and affirming. You, tiny as you are, are part of this magnificent creation.

Magic is born in the fog, where heaven and earth come together. It’s a gentle union, quiet, sustaining. Fog brings its own mystery, shrouding familiar shapes, hiding their identity. In fog, anything might be within the reach of your stretched fingertips, anything waiting to transport you to another realm. Anything is possible. Anything can happen if you let it.

Magic is born in the hush before a storm, when earth holds her breath, waiting for her lover’s embrace. The birds’ song ceases, squirrels freeze in place, trees pause their dancing. They are waiting too. In that brief interlude, you can feel the magic gathering in the air. Then the trees toss their heads and whirl madly as the wind takes them by the hand. Your heart tells you to join in. You are part of this, too.

Magic is born when lightning zigzags through the sky and thunder shakes the earth. You can see it, feel it, smell it. It’s one of the oldest magics there is, sky fertilizing the earth, impregnating her. Our ancestors somehow knew this, attuned as they were to nature. Sky father and earth mother were probably the first deities.

Magic is born in meadows sleeping in the sun. Gentle breezes waft the scents of wildflowers and the buzz of insects, ripple across the grass, whisper into your ear as it teases your hair. This is a lazy magic, earth dozing until the next change in the weather. But you can feel her strength under your feet. I once attended a First Nations women’s circle where the leader encouraged us to feel it and draw it up into our bodies. She called it “earth power, women’s power”. This ancient knowledge weaves through the myth of Antaeus.

Magic is born in us whenever we pause and open ourselves to all that is around us. It’s almost a sixth sense, sadly undeveloped.

Magic is born in you. Believe it. Feel it.