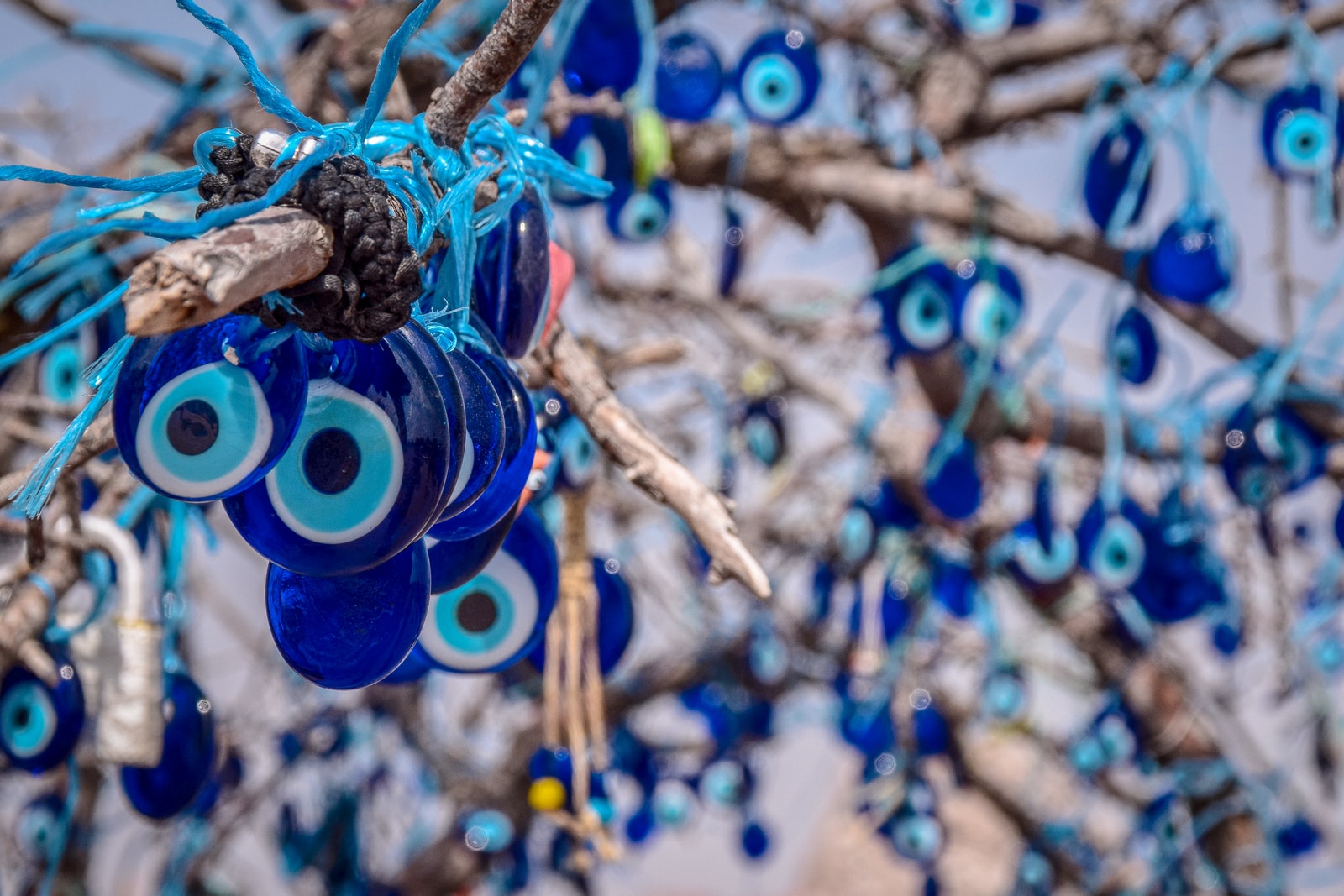 The story I wrote for NaNoWriMo had a reference to the sign against the Evil Eye.

Of course, I’d heard about there being such a thing as the Evil Eye and a sign or signs against it, but other than knowing they existed, I knew nothing else. For my story to be accurate(ish), I had to research them.

I expected to find the information in some scholarly paper about medieval superstition. I was wrong.

Astonishingly, I found loads of current posts, all saying the same thing: the Evil Eye is real and affecting you.

Many of the posts were barely literate, which to me indicated they were either badly translated from another language or were written by barely literate people. Possibly both.

So just what is the Evil Eye supposed to be?

According to the posts, it is literally someone looking at you with malice in their hearts and wishing evil to befall you. His or her evil intent can cause no end of misfortune.

Some of the listed results include:

Sickness
Crop failure
Accidents
Bad luck
Losing something
Bad relationships, such as a failed marriage or falling out with family
Someone dying
Losing weight when you aren’t trying (Steven King wrote a great story called Thinner based on this one)
Losing your job
People not liking you or avoiding you
Tiredness
Insomnia
In short, just about anything that could possibly go wrong in your life.

It would be hilarious if it weren’t so alarming.

What makes belief in the Evil Eye alarming

What makes the subject alarming is that people still believe the Evil Eye exists, that in a supposedly enlightened age people are still so superstitious as to think that anything bad befalling you is the work of some evil enchanter. The remedies for it are equally superstitious and without basis.

Heaven forbid you should take some responsibility for something going wrong or look for logical causes. If you lose your job, it isn’t because you slacked off or failed to learn what you needed to know, or because the economy took a downturn and your employer is having a tough time too. No, it’s because your neighbour gave you the Evil Eye.

Worse, blaming your misfortune on the Evil Eye means you don’t need to, and probably can’t, do anything to correct the situation. You are helpless, a leaf drifting on evil winds. You might as well just give up and die. Yet, logically, if an ordinary person is powerful enough to cast the Evil Eye on you, shouldn’t you be powerful enough to resist it?

We all have moments when something seems overwhelming, when we don’t feel up to the situation we’re facing, when it seems so much easier to blame it on someone or something else and throw up our hands in despair. Most of us break down once in a while. The death of a loved one or a diagnosis of cancer can send us into a downward spiral. But then we pull ourselves together, grit our teeth and get on with life

It’s a tiny step from blaming misfortune on the Evil Eye to burning someone at the stake. Let’s not forget how recently thousands of people died in witch hunts based on nothing more concrete than the Evil Eye.

Despite thousands of years of civilization and billions of dollars devoted to science, medicine, and education, it seems we are still cavemen at heart, cowering in fear when thunder rolls through the sky.