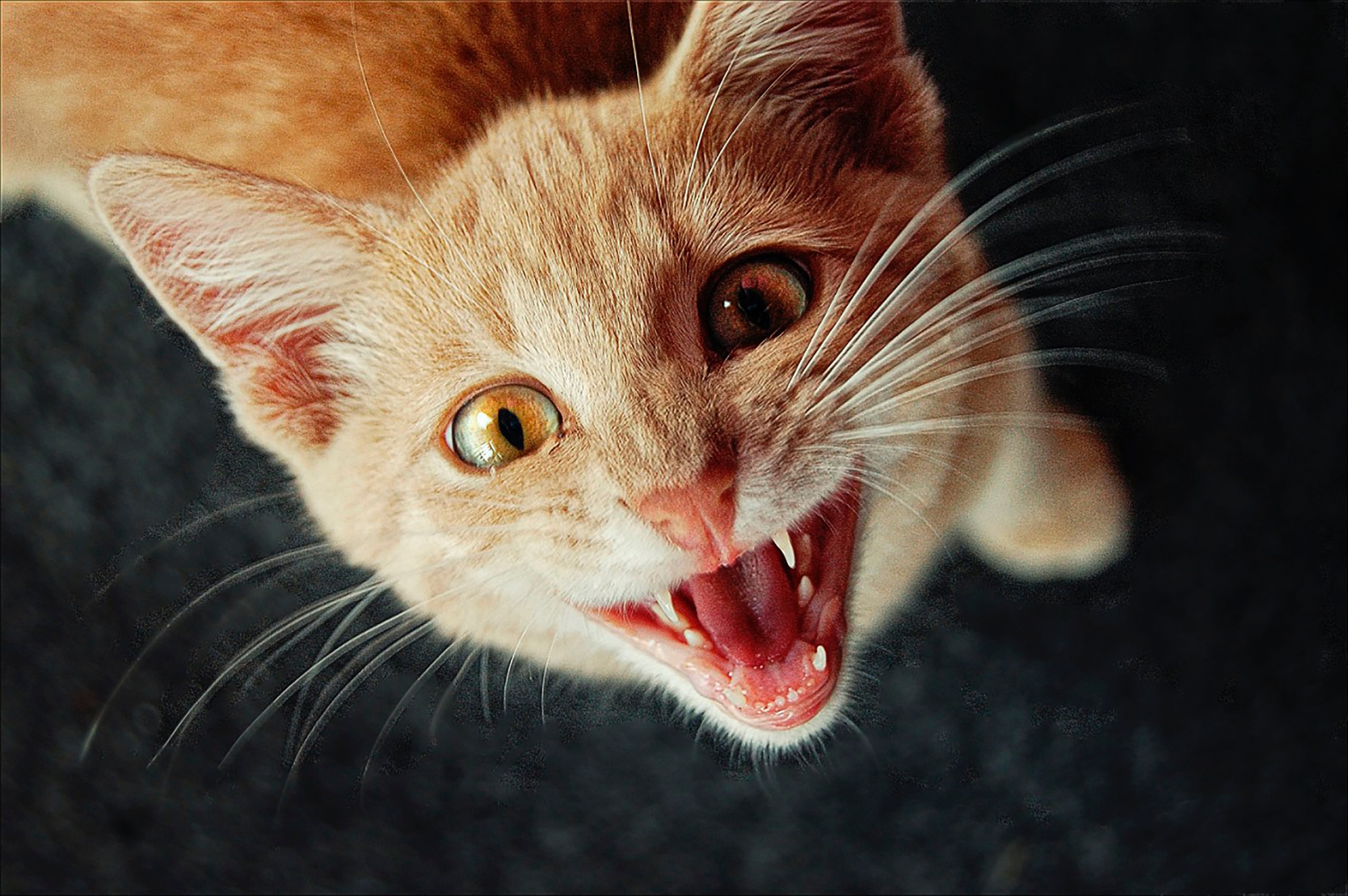 They are a constant source of amusement

There’s a reason for the constant flow of funny cat videos on Facebook. Cats are hilarious, often without even doing anything. Just the positions they assume can provoke laughter.  I have virtually always owned, or been owned by, at least one cat (the owner-owned relationship is fluid) and have had a lifetime of observing them. These are my conclusions based on those observations.

They let you live in their house

You didn’t think it was your house, did you?

Cats spend a lot of time marking their territory. They do it by rubbing their cheeks against surfaces. Afterwards they sniff it and if the scent isn’t strong enough, they repeat the process. They also repeat it every time they walk past that surface, which could be ten times in five minutes. As a result, every vertical surface is smeared with oil at cat height. Every corner, every table leg, every chair. Just so you don’t think it’s yours.

He will clear every horizontal surface he can, to make it available. Papers, pens and coasters end up on the floor. Luckily, phones and TV remotes are too heavy to swipe off. But he tries. If he finds a sweater lying on the back of a chair, he will pull it down onto the floor and lie on it. The sweater is his too. And he has to do something to cover up the person smell that says otherwise. I thought this was a peculiarity of my cat, but other cat hosts report the same.

And since they let you live under their roof, you have to follow their rules. That includes a curfew and a chewing out if you ignore it.

They have a heightened sense of dignity

Cats are easily offended. If you laugh at them, chances are they’ll swat you for your impertinence. Sometimes my cat, sleeping precariously close to the edge of the ottoman he has claimed for his own, will stretch or try to roll over and tumble off. When that happens, he looks around to see if anyone noticed and then assume a look that says, “I meant to do that.” Then he struts around the ottoman, gives one last look around, jumps back up and goes to sleep.

They have a language

Actually, they’re bilingual. They absolutely understand whatever language their housemates speak, but they have a language of their own, too. There is a particular cry a mother cat makes to call her kittens, another to signify she has caught a mouse. They all make the same sound after a successful hunt.

When we lived on a farm, our cat would go out most of the day. One evening she returned and made this sound outside the door, wanting to be let in. My husband went to let her in. I told him not to, that she had a mouse she wanted to bring in. I knew this without looking, because that was the cry she gave. Hubby looked out the window, said he couldn’t see any mouse, and opened the door. She promptly jumped off the step, retrieved her catch from where she had hidden it, and brought it in.

That story highlights how intelligent cats are. She knew she wouldn’t be allowed to bring the mouse in, so she hid it until the door was opened.

They are discriminating, in a weird way

My cat loves the gravy in canned cat food. Not the food, just the gravy. He licks it dry. Only then does he start to eat the food itself, and seldom finishes it. He eats kibble when he is starving. He eats cat treats every chance he gets. To encourage him to eat his kibble, we put two or three treats in his kibble bowl. He daintily picks out those exact morsels, leaving the kibble.

Although kibble is not to his liking, he doesn’t mind licking his private parts. Or his fur. Can it really taste better than kibble?

Even when they are sleeping, cats are on full red alert. The slightest sound will have them jumping up, looking for danger.

My cat senses storms before the weatherman forecasts them. He is jittery and his ears go back. Perhaps he is sensing a change in barometric pressure or increased electricity. Whatever he senses, he maintains that pattern until the storm breaks. Then he relaxes, at least until there is a crack of lightning.

I once had a cat that preferred to sleep on newspaper. Don’t ask me why. I watched him looking for a place to nap once. There was no newspaper. He could have slept on the couch or a bed, but instead he found a tiny piece of paper one of the kids had dropped and lay down on that. The princess with the pea under the featherbeds had nothing on him.

They can go from sleeping to supersonic speed in .5 seconds

I’ve seen this many times. Auto manufacturers ought to investigate how they do it. It might lead to a revolution in vehicle design.

They shed enough fur every day to make another cat

You may think I’m exaggerating. I’m not. When my cat is in one of his manic moods, racing around chasing imaginary mice or a toy, clouds of fur fly off him and tumble around on the floor.

I can brush my cat, getting several brush loads of fur. I do this outdoors because otherwise I’ll be chasing tumbleweeds for a week. Then I use a special brush to clean his bed, the hearth rug, and other places he likes to lie. The accumulated fur makes quite a pile. That’s not counting what’s contained in the fur balls he coughs up every day.

They always have time to play

Cats never get too old to play. As they get older, they spend more time sleeping but when they are awake, they frequently revert to kittenhood. Anything can be a toy: a dead leaf, a bug, a sock.

When I use my calculator, my cat jumps onto my desk in high alert and looks at me, his ears twitching. He is waiting for me to tear off the tape, crush it into a ball and throw it for him. When he was a kitten, that was the only way I could distract him so I could work. Now he’s middle-aged and he still expects it.

They want to feed you

Cats are social animals, in an odd sort of way. They bring their catches home to share with the family. Sometimes the catch is dead. Sometimes not. They like to bring it in and drop it at your feet. “See what I got for your dinner?”

They want to eat you

Cats are predators, first and foremost. And they are opportunistic. If people were just a little smaller, they would be the prey of choice, I’m afraid. This explains some of the weird behaviours cats exhibit.

You know how they put their noses right up beside you mouth and sniff? There are three possible reasons for this. They are trying to figure out if you ate something good and didn’t share, or smelling to determine if you would taste good, or smelling to find out if you’re already dead and it’s safe to eat you now.

I’m only partially joking. There was a case reported a few years ago where a woman died in her home and by the time anyone found her, her cats had eaten most of her. Granted, they probably had nothing else to eat, and she had a lot of cats – 35, if I remember correctly. But they ate her. Just saying.

This last trait is why cats are so endearing. They are what we would like to be: loving yet independent, unabashedly hedonistic, loving luxury yet coping with minimal comforts, self-assured and comfortable with who they are, aware of everything going on around them but choosing what to give attention to, doing their own thing and daring you to find fault. In my next life, maybe I’ll be a cat.